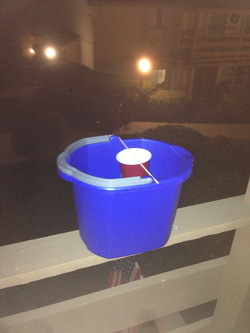 This project was extremely fun. This went hand in hand with our whole unit of identifying native plants in San Diego. The cup you see actually serves as a pot for an Octopus Agave plant. We had to take care / maintain this plant for one month after successfully identifying the plant. We weighed the plant before we started taking care of it and after to see how much it grew.


The purpose for this assignment was to try and take care of a plant and observe how much it grows. We wanted to see what conditions were best for the agave plant. We did a lot of research for this project, but the experimental process was how we got data. We could do anything with our plant, for example, we could fill the cup with any nutrients, soil, liquid and do whatever we wanted with the red cup and plant itself. It was taught to us that the We also had a control group of plants that sat in the classroom and was given 10 mL of water every two days and was on a synthetic lighting system for nine hours everyday. The purpose, in the end, was to weigh the control plant and our plant that we took care of to see the increase in growth. In the end we saw who had the best plan for taking care of this succulent agave plant.


I think this experiment went rather well overall. I left my plant outside on the porch, next to my other plants that need a good amount of sunshine much like the agave plant. I followed everything as well. I followed my experiment plan very well and watered it when I was supposed to. I had it set so that I only had to water it two times over the course of the four week experiment. I had to give it a cup and a half of water every other Friday, so I wrote that on my whiteboard to remind myself and I completed that task. I do not think the soil went over very well though. I used the yellow bag for one fourth of my soil in the cup and three fourths was composed of sand from the beach. When I watered my plant, the soil and sand just seemed to clump up and just get very heavy. I also cut holes in my side of the cup, which was in the middle of the soil when I cut them. However I found that as I watered my cup, the soil got more compact and the level went down. After the four week period I found that the holes on the side of my cup was now slightly above my soil level. There were a couple errors during this experiment. The first was that I did not give it enough sunlight. I watered the plant but most of the time the sun was directly over my porch and it has a roof cover. So in the middle of the day the plant did not receive a substantial amount of sun. At the same time, since it did not receive sun expect in the beginning and end of the day, I should not have watered it as much as I did since it had no sun to dry up. You can definitely over water plants and I feel like I did just that during this experiment. The soil just did not seem to be helping that plant in anyway and the plant was just barely inside the soil so I wish I had positioned it much better. I believe the position was the main problem with this experiment process.


If I had advice to a nursery owner that wanted to grow an agave plant I would refer to the same plan that another student took. She told me that she started by watering her plant two times a week and kept it in the kitchen where the sun hit it directly. This was very surprising to me because the plant is drought resistant and the plant can go weeks without water. I have also heard of over watering a plant, which is completely possible. However if you water the plant with minimal amounts of water more often, it seems to work and the plant will grow very well. I would also reccomend a lot of sunlight, good amount of water and putting it in good soil. If you do not have good soil, the plant will not grow well. My soil was 75% sand and 25% hummus soil. I found that mine grew rather well, however my plant did not get enough sun, therefore it did not grow as much as I had hoped.


The original weight/mass of my blue control cup was 12.27 grams but went down to 10.45 grams. I think this happened because the plants were under watered. I also think this happened because the light was synthetic and because it was on for nine hours during the day and the sun isn’t usually constant like synthetic light. It was also extremely close to the light and it could have dried out the leaves without getting enough water. The position of the plant is also a very important factor because my plant was on the back edge of the rack where the control cups were placed. My plant was also much bigger and heavier to begin with so that is why it may have shriveled up a good amount and had dead leaves, therefore losing a lot of weight.


The original weight/mass of my red cup was 4.30 grams and the end result came in at a weight of 5.33 grams. It actually grew three roots which I am extremely excited about. I think my plant grew in mass rather than losing mass, because I had a good amount of water for the plant, good soil ratio and it had a pretty good amount of sun. I think my plan could have grown even more if I had it in a position with a substantial amount of sun. The problem with mine is that I live in an apartment building with overhangs all over the place. The only place where I could have put it with direct sunlight for the whole day would be on my stairs which are extremely narrow and that would not work for me. I think it was much different from the blue control cup because mine stayed outside with natural surroundings like rain and wind. It also got natural sunlight and it was not on a constant schedule. Sometimes it would be overcast and it got no sun, but with the control, since the lights were on a timer, they always got sunlight.


My control plant had a loss of 1.82 grams. It started with 12.27 grams and ended with 10.45 grams. So I guess my plant did worse than the average loss of weight. I do not have any final conclusions of why it lost so much weight, but my guess is that I may have clipped the bottom too much in the beginning therefore the roots could not grow and the plant didn’t retain any nutrients. For my red cup, the plant I took home and took care of, had a gain of 1.03 grams over all! I am very happy with that number. I think I took my time cutting the roots of my plant and when I took it out of the soil I actually found three new roots coming out from the bottom all about 2 - 3 inches in length. I just think my constant care helped this growth process overall. 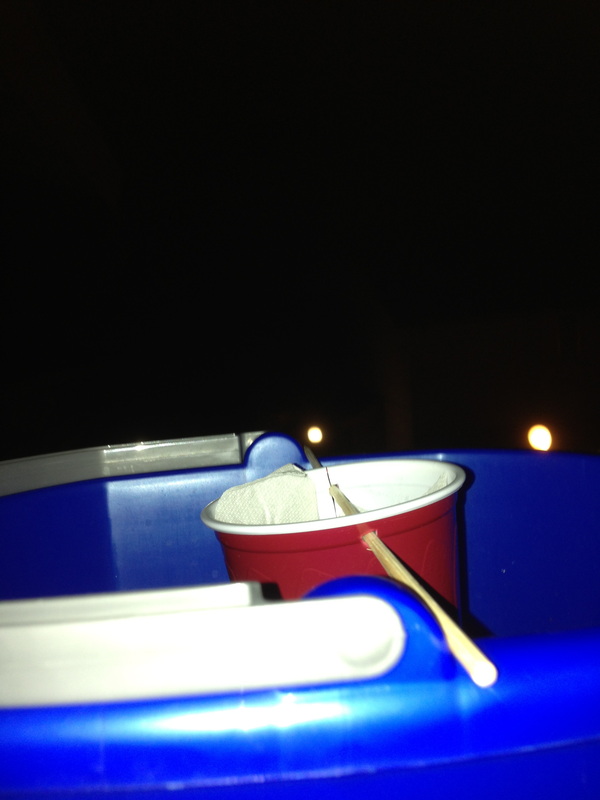